Jerome Mark Antil—the seventh child of a seventh son of a seventh son. Born at sunrise it’s been told by his parents Mary Holman Antil and Michael C. Antil Sr. He was the first of eight siblings to stay alert all day and sleep through the night from the moment he was born. He was to be the family writer—and so named Jerome after St. Jerome the librarian and Mark after Mark Twain.

“I remember the attack on Pearl Harbor being announced on our Zenith radio before I could walk. I heard Edward R. Murrow reporting the war from London…and I remember listening to scratchy battle-weary ship-to-shore Morse code messages on radio while my diaper was being changed”.

Heartfelt fare of family and friendship—light-hearted nostalgia from the forties and fifties— his favorite subjects. Antil’s Historical Fiction revels at capturing in good detail what it was like being a kid living in a world at war and in its long shadows. When WWII ended, the Antils moved from the city of Cortland, New York and Jerry grew up in Cazenovia, New York in front of the two towering Delphi Falls (now a public park), which provide the rural setting for The Pompey Hollow Book Club book series—the Tom Sawyer and Huckleberry Finn books of another time. He would sit on a great white rock embedded high in a cliff near his house and watch the world below him and daydream, perhaps imagine his future.

“My dad was a baker from the early twentieth century—through the Great Depression—through the early ‘70s. As a boy I’d ride with him during the war and postwar throughout central and northern New York visiting grocers and U.S. Army bases; baseball parks and bread lines as he sold his bread, hot dog buns, pies and cakes. My Dad was ‘Big Mike’ and I loved listening to his timeless stories and tall tales. We’d stop at fishing holes along our journey. A Buick my steamboat – his stories plus an entire world at war, my Mississippi River. My mother taught me manners, to say please and thank you, to hold doors for everyone—to respect all others and myself. I grew up learning, other than reproductive ability, there was absolutely no difference between men and women. I grew up being influenced by great leaders, Winston Churchill, Franklin Delano Roosevelt, Golda Meir, General ‘Ike’ Eisenhower, Eleanor Roosevelt, Martin Luther King, Queen Elizabeth, my mother and two older sisters, to name some.”

Jerry quit college, and a five-year basketball scholarship—not because his black teammates couldn’t eat at Woolworth’s or stay in the same hotels with other teammates. He quit college because the “One for All and All for One” motto university president, the powerful university board and his varsity coach wouldn’t lift a finger to end Jim Crow in Cincinnati.

As a young adult Jerry worked as a proof reader and printer’s liaison, he later wrote and produced industrial sales and training films. An accomplished writer for public relations and advertising agencies, he would become Chief Marketing Officer for several U.S. companies.

Jerry’s favorite authors are: (John Steinbeck) “Steinbeck could peer through a person’s soul and paint a masterpiece of it in words.” (Ernest Hemingway) “Papa Hemingway could establish character and moment in a single sentence.” (Sir Arthur Conan Doyle) “His Sherlock would keep me as eager for the next clue and accompanying anecdote as for the crime’s solution. (Max Shulman) Max Shulman’s less than wholesome irreverent humor could have started a #MeToo revolution in the 1960’s had everyone (both male and female) – not been so preoccupied ‘copping a feel’, as Shulman put it in Rally Around the Flag, Boys! that followed the invention of the first Birth Control pill, unleashing a sexual revolution the likes of which the world had never seen before.

A devoted father, Antil’s advice to his daughter as she went off to college:

“Never believe an I love you from someone with a drink in their hand. If someone wants to marry you, they’ll know in two or three dates—more dates without, you’re playing—playing is not a bad thing but understand it for what it is—uncommitted play. As for gay—I think people pair up.” 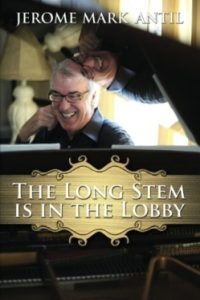